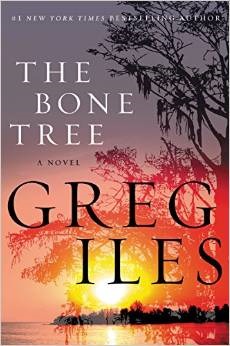 Grāmatas apraksts no Goodreads/Synopsis from Goodreads:

THE DARKEST TRUTHS WILL COME TO LIGHT
Former prosecutor Penn Cage faces the crisis of a lifetime. His family has been torn apart and his father made a fugitive after being accused of murdering an African-American nurse.

Now, Penn has unwittingly started a war with the Double Eagles, a violent faction of the KKK who know more about Dr. Tom Cage than Penn ever did.

Tracking his father through Natchez and beyond, Penn is targeted by criminals and corrupt police whose power reaches the top levels of state government – people who will stop at nothing to prevent the truth from coming out.

To clear Tom’s name, Penn must either make a deal with the devil or destroy him. But there are others pursuing a different mission – one which will lead them to the ‘Bone Tree’, a legendary killing site that conceals far more than the remains of the dead

END_OF_DOCUMENT_TOKEN_TO_BE_REPLACED

And so he’d quietly risen from bed and, without disturbing his wife, slipped down the hall to where two FBI technicians sat behind computers connected by secure satellite to a high-speed data link in Washington.